WELCOME BACK TO THE NO WATER RIVER

Did you miss ACT I? See it here!

In case you arrived late and missed Act I of the PFAMS Poet-a-Palooza, we are celebrating the release of The Poetry Friday Anthology for Middle School by Sylvia Vardell and Janet Wong.

I forgot to mention that I have two poems in this anthology, too, which officially marks my first appearance in an anthology! That is pretty dang exciting for me. Next week, I’ll be sharing my PFAMS poem “Opening Night.” I shot it in a real theatre and everything, so I hope you’ll stop by.

And I just realized that the PFAMS colors — purple and gold — are the school colors for my hometown Salem Generals! How fortuitous that I should re-find Mrs. Skelly just for this post.

In Act I of the PFAMS Poet-a-Palooza, fourth-grade teacher Mary Skelly gave us a peek into her ELA classes and how she is using The Poetry Friday Anthology books with her students.

Today, the students would like to share some of their poems with us. Look at those happy poetry faces!

For this particular exercise, Mary followed the Take 5 activities for Jacqueline Jules’s poem “Running Back” and then had students write their own free verse poems about the sports or activities of their choice. THE HUNTER
by Joey

He’s holding a .22 shotgun,
up in the tree wearing green camouflage.
He can see a 12 pointer.
He picks up the gun and lines it up.
BOOM!
The feeling is so great that the
deer is down on the ground.
Now your family has something to
eat.

When I’m on the dance pad
I get nervous
I don’t know if my
opponent
will beat me.
I’m on Basic level, my opponent
is on beginner. The colors
on the screen are bright,
when the arrows match to the top of the screen,
I stomp on the arrow.
The song ends.
We look at the scrores,
I lost, but still had fun,
when I was dancing.

One of the most exciting things about Mary’s experience with PFA/PFAMS is that, although the reading levels in her class run from mid first grade to ninth grade, every single student — including the non-readers — was engaged in the lesson and produced a poem to share. Flips down the balance beam.
Jumping, running, getting ready,
wearing my suit, blue and white
running down the tumble track.
You do a flip
You land it.
feels like a tingle through your body
What I do when I’m afraid
I just think how good I feel,
when I am finished.
People cheer
at the end there is a trophy.

Walking on the field
with my helmet and my favorite bat,
and my uniform covered in black,
I’m the first to bat.
I feel the adrenaline rush.
I hit the ball,
it goes out of the park,
Running around the bases
I run right past the people.
Diving toward bases.
I finally reach home.
Slide toward the base.
Home run!
Everyone cheered
“We win!”

These kids are excited about poetry now! They’re reading, discussing, writing, sharing, and just having fun with language. And look, they even wrote “Inspired by Jacqueline Jules” at the bottom of each poem. Aw! We already saw five amazing poets in Act I, but that just didn’t seem like enough, did it? So joining in on the Poet-a-Palooza part of the post are four more PFAMS poets ready to give you the old razzle dazzle. Take it away, poets! …teaches on the faculty of the Vermont College of Fine Arts in their MFA Writing for Children program. She has published four books of poetry for children: On the Stairs

, Have You Ever Done That?

. She is the winner of a Pushcart Prize and has been included twice in the annual Best American Poetry series for her poetry for adults, and was granted a fellowship by the Washington State Arts Commission/Artist Trust. Composer Dag Gabrielson commissioned her pocket-opera libretto, which was performed by members of the New York City Opera for their 2011 Vox Series. Recent poems for children have appeared in several anthologies.

Visit Julie at her blog The Drift Record.

Saturday morning means I buy pan dulce
with Tio Chepe and my cousin Lucesita
whose name means “Little Light”–
that’s what I call her, and she laughs
and pinches me and calls me “Peace”
because my name is Paz. …is a former elementary teacher and children’s poet from Middlebury, Vermont who is sometimes introduced as a 4th-grader stuck in a grown-up’s body. Ted, whose last name is pronounced “shy,” started writing funny poems seriously about 20 years ago. His poems are published in two dozen anthologies in the U.S. and in England, and in four recent collections called I Froze My Mother

, I Tickled My Teachers

, I Threw My Brother Out

, and the newest, for slightly younger readers, Now I Know My ZBCs: 59 School Poems for Young Gigglers

. Ted spends about 100 days a year visiting schools around the world. He shares his poems and helps young writers find their voices, having the kind of fun with poems he never had as a kid. He tries to write a poem every day, and when he’s not writing or visiting schools, he loves to eat cereal with lots of milk, and ride his bike–just like any kid his age.

If you haven’t ventured yet to Ted’s website, you’re in for a tickle when you do. Ted and his “cousins” will entertain you for hours if you just remember that his target audience is 5-9 year olds. It’s all at www.poetryguy.com.

I know I’m going somewhere,
and I can hardly wait.
Somewhere’s not the sort of place
where someone should be late.

I’m leaving soon for somewhere.
I’ll ride my bike, I guess.
It all depends where somewhere is–
if it is far, or less.

I’m sure I’m going somewhere.
I’m finally on my way.
I hope I find that it’s the kind
of place I’d like to stay.

I wish I had directions
to show me how to go.
If you’ve been somewhere recently
please call and let me know.

Why, we could go together there,
around each bump and bend.
Somewhere seems much closer
when you go there with a friend. …teams a life-long love of poetry and her science background in her gruesomely funny, award-winning poetry collections including At the Sea Floor Cafe: Odd Ocean Critter Poems

, and the upcoming Random Body Parts: Gross Anatomy Riddles in Verse. Her other books include the middle-grade novels The Universe of Fair

, and The Trouble With Rules

. A former school social worker with a graduate degree in oceanography, Leslie has written and edited books in the education market and has written nationally for parents and educators. She gives writing workshops and presentations to students, educators, and writers throughout the U.S.

Learn more about Leslie at www.LeslieBulion.com.

This vulture
stands
on chickeny feet
and doesn’t tweet
or cluck
or peep
or cheep.
It hisses and grunts
and hunts
on the fly
gliding
on thermals of air
with its head scaly red
and wrinkly
and bare.
Its keen nose
knows aromas
from way up there
of detectable
delectable
fare
to share,
so things
dead
(or deader)
had better
beware! …has been writing and performing poetry and fiction for over 20 years. He has become a fixture in the poetry and education community, performing and teaching in over 140 cities in 26 countries. He is the founder and director of the Nova Lizard project, a seminal performance troupe in Cleveland, Ohio and chief facilitator of the teen writing and performance program at Cleveland’s Playhouse Square Foundation. Eight time captain and coach of the Cleveland Slam team that represented the city at the National Poetry Slam competition, Michael has also served as a consultant and board member to Poetry Slam, Inc., the governing body of Poetry Slams across the country.

(nominated for a Pushcart Prize), Neon, and Well Defined: Vocabulary in Rhyme

, with Sara Holbrook with whom he lives in Ohio.

Learn more about Michael at his website at www.MichaelSalinger.com.

If I were a gear
I’d have teeth but not a toothbrush
I could mesh with other gears
I would turn in ratio
Depending on the size of my neighbor
If they were bigger
I’d be quicker
If they were smaller
I’d spin slower
I’d turn in the opposite direction
Of my partner near
But together as two gears
We’d get the job done
Whether used in a watch
A transmission or a winch
Remember to keep
Your fingers clear
Or else you just might
Get pinched.

Standing ovation! Thank you, poets, for contributing to Act II of the PFAMS poet-a-palooza and sharing your wonderful work with us! One more time, here are the seventy-one poets who contributed to PFAMS. Please visit them and spread the word!

and to Julie Larios, Ted Scheu, Leslie Bulion, and Michael Salinger, and all the PFAMS poets for sharing your talents. Take a bow!

THE LAST DAY OF SCHOOL

Tomorrow
I will sleep late,
walk my dog,
ride my bike,
read for fun,
play some tunes,
text my friends,
meet at the mall…
hey, wait,
maybe I’ll do
nothing at all
just
because
I
can.

The lovely diva Robyn Hood Black at Life on the Deckle Edge is lifting the curtain on Poetry Friday today. Go throw some roses at her!
[divider=”1″]

You want to receive weekly poetry posts in your inbox, you say? Applause all around!
Just sign up below!

All poems copyright 2013 by their respective authors. 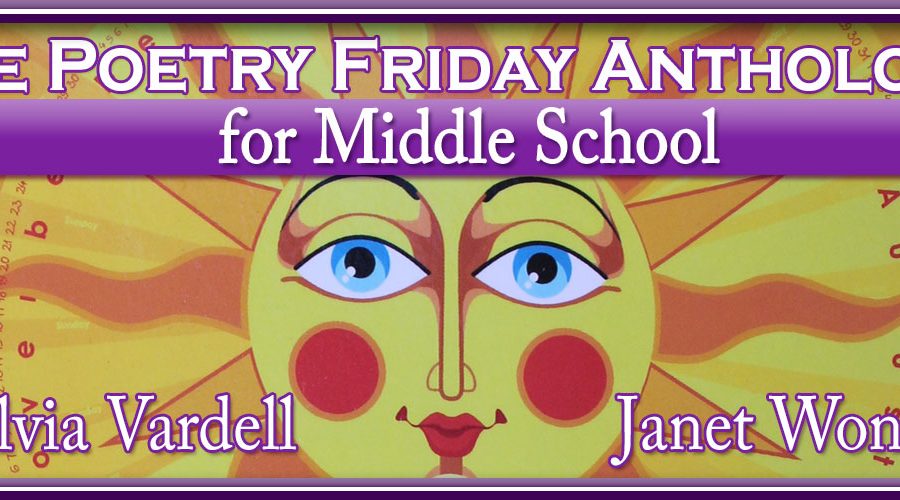