Hug a tree. Wait for me.

That seems like pretty good advice for just about any occasion. But it’s especially good when you’re lost, as today’s guest

teaches us in a most poetic way.

…and we’ll get to those books in September, since Margarita is coming back to share The Lightning Dreamer, which will be the first verse novel featured on No Water River.

But today Margarita is sharing something completely different. Did you know that when she’s not versifyin’, Margarita helps train rescue dogs in the Sierra Nevada Mountains? Well, she does, and she wrote a picture book about it called When You Wander: A Search-and-Rescue Dog Story. Just look at this dog, so lovingly illustrated by Mary Morgan! Besides being cute, these rescue dogs are dedicated workers. They have to study really hard. I would like to go to sniffing school, too. I have a very good nose. Smelling is my best sense. But I would not like to smell your shoes, so my career as a sniffer-outer would be short-lived and not very illustrious.

Anyway, Margarita’s story is written in verse with a delicate sprinkling of rhymes, and is told in the voice of the rescue dog. Here he is practicing his sniffing with his trainer. I love Margarita’s language, as gentle and warm as a nuzzling pup. Throughout the story, the dog shows us how he performs his important work. One little sniff of a sock or shoe can reveal a multitude of clues and help the dog save someone who has lost his way. My favorite spread is near the end when the dog tells the lost boy what to do while he waits for rescue. But you don’t have to take my word for it. Instead of giving us an excerpt, Margarita reads the whole picture book to us and an attentive audience of her own. Gather your favorite fuzzy friend and settle in. (And turn up your volume, too.)

What’s up with Margarita Margarita: who are you, where are you, and how long have you been a poetic fool?
I am the Cuban-American author of historical verse novels about the island. I live in central California, where I enjoy helping my husband with his volunteer work as a wilderness search and rescue dog handler. I have been poetic since childhood, and I grow more foolish every day.

Can you share the first poem you ever wrote?

My first written words were:

Turtle came to see me.

It’s a poem I still haven’t finished. I was probably around four or five. The words were written on a crayon drawing of a rumba dancer holding a magical turtle while standing in front of a windblown tree, beside a shack, a horse, a parrot, and a swan.

I’ve heard rumors that you’ve been hiding under bushes in the wilds of the Sierra Nevada Mountains. Could you explain this behavior and how it might have inspired When You Wander?
I often serve as a volunteer “victim” for my husband’s dogs, and other search and rescue dogs in his SAR training group. Since search and rescue is basically a life-or-death hide and seek game, from the dogs’ point of view, I hide in the forest, and they practice finding me. (They don’t know I wasn’t really lost.) I decided to write When You Wander after a surprising incident. Three little girls walked up to the training group, burst into tears, and said, “We don’t know where we are.” They didn’t talk to any of the adults in the group, even though many were wearing sheriff’s auxiliary uniforms. Instead, they spoke directly to Chance, my husband’s Yellow Labrador Retriever, who was wearing his orange SEARCH DOG vest. That incident helped me realize that children can often communicate with dogs more easily than with adults. As it turned out, the girls had wandered away from a church camp, walking in wider and wider circles. Their grandparents didn’t even know they were missing, because each adult thought someone else was watching them.

You are the Newbery-Honor winning author of numerous verse novels. Does When You Wander mark a departure for you in terms of genre? How was the process different for you between writing a picture book and a verse novel? Do you have a preference?
I love both forms!  The main way in which it was different is the suspense. I work alone on my verse novels, but for a finished picture book, I was part of a team. I had to wait two years before seeing the illustrator’s magic!

When You Wander is written in verse, though not strict rhyming verse. Given that so many picture books rhyme, is rhyme an option you considered?
There is a little bit of rhyme in When You Wander, but I love the subtlety of occasional rhymes, internal rhymes, and almost-rhymes. Getting lost is a serious subject. I didn’t want to make it TOO scary, but I didn’t want it to seem completely cheerful either. The sweetness of the illustrations offer enough cuteness and comfort. Rhyme might have made it too cute. We know you as an accomplished writer and poet, but surely you did not spring from your publisher’s forehead fully formed. So what was your journey to publication like? When did it all begin, and with which book? Do you still get rejection letters?
For decades, I mostly wrote for adults, and much of it was scientific. While struggling to write a traditional prose novel about Juan Francisco Manzano, I injured my wrists on a rain forest zipline in Costa Rica, and could only hold small books that didn’t weigh much, so I read Karen Hesse’s Witness, and my life changed. The result was The Poet Slave of Cuba. I fell in love with the verse novel form, and I have never returned to prose. It’s like an evolutionary pathway, or Robert Frost’s Road Less Traveled. There’s no going back.

Most of my picture book ideas have been rejected! I currently have several PBs “in the pipeline,” but I have many more in a huge rejection pile. My first PB, Summer Birds: the Butterflies of Maria Merian, rested in a drawer for a quarter of a century before finding a publisher. Manuscripts seem to have minds of their own. Some of them are shy.

Do you have formal training in poetry and/or did you have a mentor? How did this shape your writing?
Tomás Rivera was my mentor. I took his graduate creative writing seminar at U.C. Riverside, where I was a botany Ph.D. candidate, and he was not only the first Latino Chancellor of a University of California campus, but also the author of Y No Se Lo Tragó La Tierra/And The Earth Did Not Swallow Him, a pioneering bilingual coming of age story. He had worked his way up from a childhood of migrant farm labor. He taught me to never worry about getting published, but just write from the heart. To this day, I still feel wonderful when I communicate with groups of writers who talk about writing, and I feel horrible when they talk about “marketing.” It feels like an ancient treasure is being ignored, while its trendy modern packaging is admired. (Did I mention that I never finished that Ph.D., but became a full-time writer instead?)

What advice would you give to budding poets/PB writers?
Scribble from the heart. Practice. Don’t expect quick results. Musicians rehearse. Athletes train. Writers scribble. If over your lifetime, you manage to publish ten percent of what you scribble, that’s a pretty good success rate!

Is there anything you know now that you wish someone had told you when you were just starting out?
I have learned everything the hard way, through trial and error, so now I have several solemn agreements with myself. These agreements help me maintain the peace of mind I need for scribbling poetry in a writer’s real world, the solitary environment of the blank page. One agreement is to try to be content with any level of success, rather than always wishing for more. Another is to try to go where I’m invited, but always reserve time for scribbling, rather than constantly soliciting speaking opportunities. The most important is to read poetry every day.

If you could get lost in the woods with any children’s poet (living or otherwise), who would it be and why, and what would the two of you do while waiting for the rescue dogs?
For a dead poet, I would choose Federico García Lorca, so that I could ask him how he managed to find the strength to make Caracola (Conch Shell) both joyful and wistful, while suffering such terrible persecution during the Spanish Civil War.

For a living poet, Janet Wong, please. I would enjoy listening to her read every poem in her exquisite collection, Night Garden, especially the last poem, in which she speaks of a place where puppies never grow old.

Quick: a rhyming couplet (or haiku or free verse or whatever!) using the word “rescue.”

Okay, here’s a spontaneous dog walking tanka, with an almost-rhyme:

Can we come visit you and peruse your wares?

Website: www.margaritaengle.com
Blog: No, just occasional guest blogs
Facebook author page: Just a regular FB page, so that we can be friends, not mutual followers.
Twitter: Never, I’m far too electronically challenged! I can’t even figure out how to use my dumb phone, much less a smart one.
Pinterest: Sorry, I have not yet time-traveled to a century where I could understand what this means.
Other: Really, there’s more?

Thanks for stopping by, Margarita, and for adding When You Wander to No Water River’s growing video poetry library!
Thank you!  It was a privilege, and such delightful fun!

Extension Activities for When You Wander

The lovely Margaret at Reflections on the Teche is hosting Poetry Friday today. She needs poems — go to her rescue!

AW, SHUCKS!
You’d like to receive my weekly posts in your inbox, you say? Just sign up in the sidebar on the right!

Video Location: The mountains of California.

“When You Wander: A Search-and-Rescue Dog Story” © Margarita Engle. All illustrations © Mary Morgan. All rights reserved. 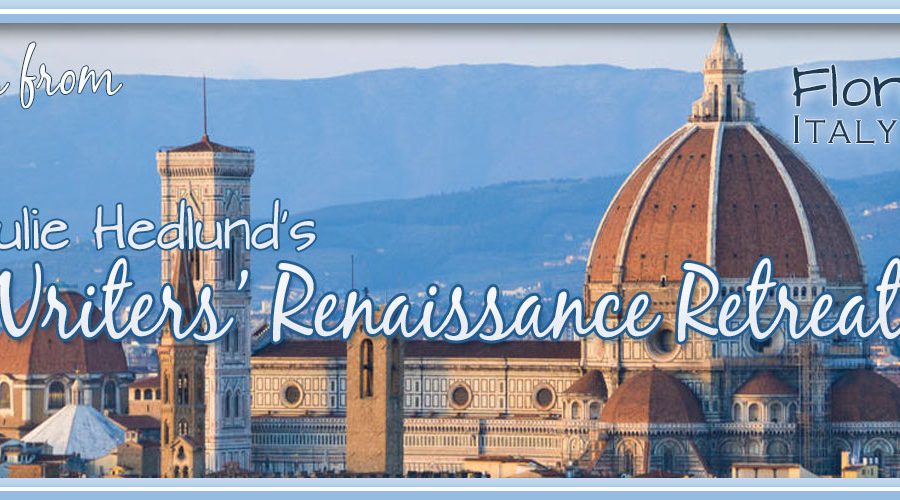 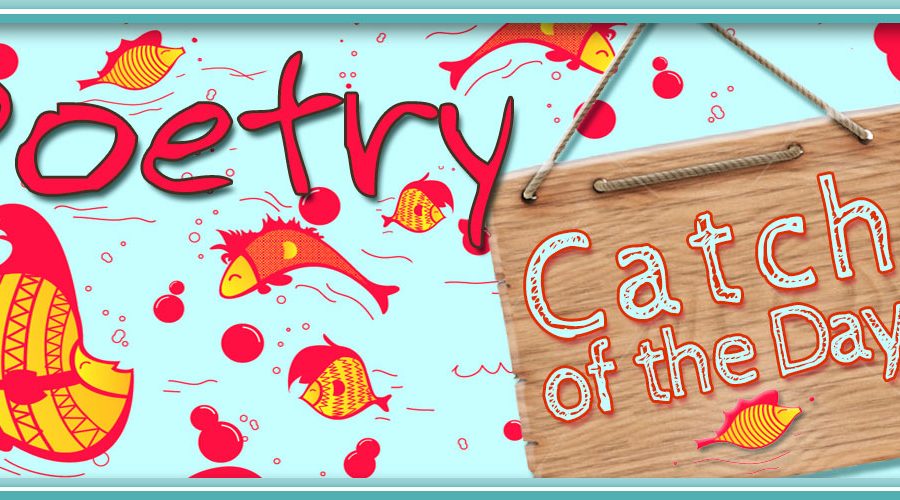 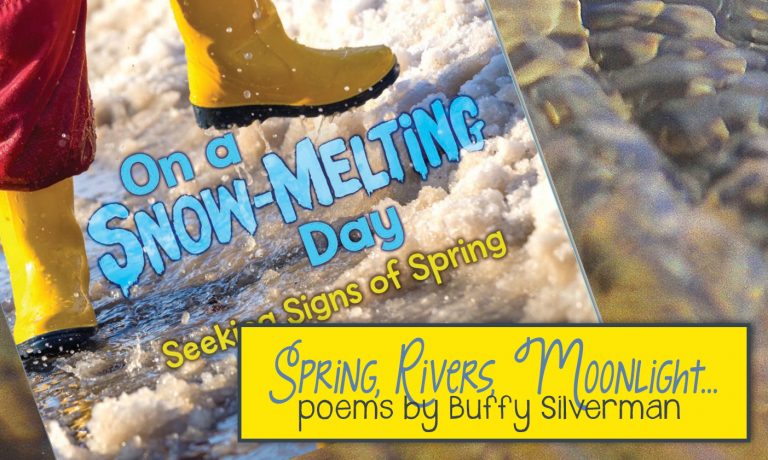 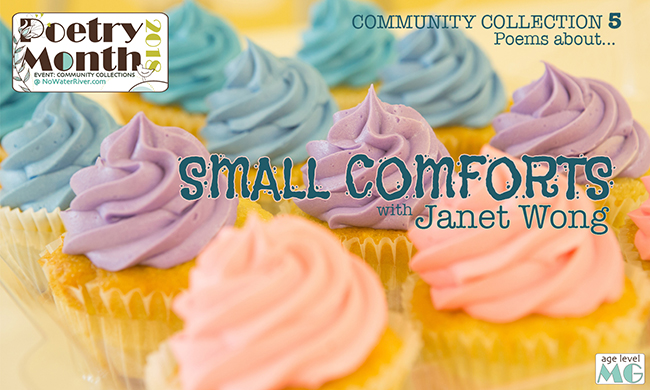