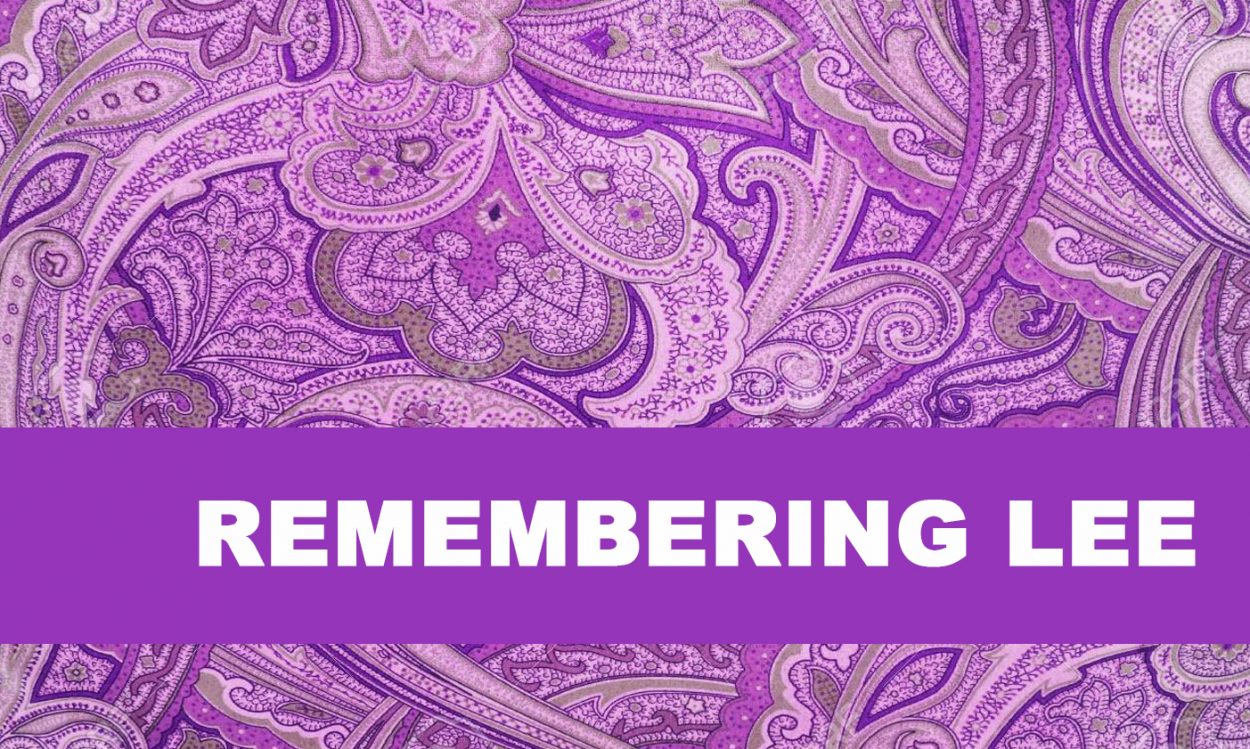 “Poetry and I fit together. I can’t imagine being without it. It is food and drink; it is all seasons; it is the stuff of all existence.” -LBH

Today is #DearOneLBH, the day that the Poetry Friday community is remembering Lee Bennett Hopkins with tributes and poems.

But this is not a sad post. This is a post about a man who lived his very best life, and about how grateful I am to have shared a tiny part of it.

It is my memory box. It is my little collection of Important Lee Things. It is meandering and tangential and may not make a lot of sense, which is pretty much how most of our conversations went. But it is full of Lee, with a little bit of me, and a little bit of you, too, I’ll bet.

Lee had a lot of things. Here are just a couple of them.

Whenever Lee and I had our recording sessions, I always heard him before I saw him. From the dark square on my screen came fumblings and mumblings and “Why can’t I see her?” and finally a mildly chiding voice: “You have to turn the camera on, Lee!”

Then he would spring onto my screen with Charles by his side, both giggling before Charles said his cheerful hellos and goodbyes and discreetly closed the door behind him. Then Lee would roll his eyes at himself and sigh, “I don’t know what I would do without him.” And of course you could tell by the profundity of that sigh and the loving look in his eyes that he wasn’t just talking about turning his camera on. Lee was a very lucky man.

He also had the love of his countless friends and colleagues, who I think must have been one and the same as he never seemed to have made any distinction between them. Lee often went off on tangents, telling story after story of all the people he’d known and worked with, his eyes shining with memory and affection. I’m pretty sure they returned it tenfold.

And of course he had mine.

For his work, for “his” poets, for his Dear Ones, for Poetry with a capital P. Passion for gossip, sometimes funny, sometimes frustrated, never mean-spirited, always mischievous. Passion for theater and music and dance and art and antiques — in short, passion for beauty in all its forms. He both created it and consumed it.

His friend Madeleine Kuderick captured some of those passions in her tribute poem, which she has kindly allowed me to share here.

Anyone who has ever spoken to Lee or heard him speak was no doubt treated to his marvelously silly sense of humor and infectious laugh. We seemed to share an appreciation of the absurdities of life and we giggled a lot. Lee was genuine, he was joy, he was forever young at heart.

A READY EAR AND A BIG HEART

And boy, could this man listen! I’m going to take a wild guess that I’m not the first hopeful poet to fill his ear with dreams (and complaints), but he listened intently to all of it, from the early days of our too-short friendship in 2013 up to our last video call this year. Lee was wise and he was generous.

I remember so clearly in April 2015, when I was laid up with a broken knee and feeling pretty down about it, he said he had a gift for me. He was going to wait and make it a surprise, but he thought it might cheer me up if he gave it to me early, and that’s when he told me he’d dedicated Amazing Places to me.

I was still recording at the time, and I still have that clip somewhere, the stunned silence and my blinking, unbelieving eyes. And then his laugh at my surprise! I could say that this was the highest honor he could bestow upon me, but that would be wrong.

The highest honor was his friendship, because Lee was above all my mentor and friend.

Back in 2013, I interviewed Lee for the first time.

During this interview, I asked if Lee’s latest collection, All the World’s a Stage, could be adapted to performance, to which he replied, “Absolutely it could be adapted. I don’t think there’s been an anthology for performance…why don’t you get on that, Renée?”

And I eventually did. My manuscript for Limelight: Theater Poems to Perform would not exist without Lee. I also still have a clip of our discussion of this book, in which he was frustrated with me for not getting it done. He was relentless in his feedback, in pushing me forward. I laugh now when I think how the penultimate poem in the book nearly did me in. He just kept sending it back, saying “NOT YET! TRY AGAIN!” Ha. Lee was tough and truthful.

And all that time I was muttering at him under my breath, he was making me a better writer. He was such a champion of this book, always asking for news of it after it sold.

In Lee’s NCTE Spotlight post, I wrote: “I’ve come to look upon Lee as my own personal Willy Wonka of children’s poetry, a delightful, eccentric, wacky man who has led me into a world of pure imagination — and encouraged me to become a part of it.” It was only later I learned that he’d been called the Pied Piper of Poetry …

— but I still prefer him as Wonka with the purple hat. Wonka was tough! He demanded goodness and honesty and hard work, and by gods, he was going to get it out of you by hook or by crook. There were no free rides, and there’s no crying in poetry! Poetry is tough; do the work; do it again. That was Lee to me. We totally jived in that respect. 🙂

What Lee did not know, because I was saving it for a surprise, is that the book will be dedicated to him. I wish I’d told him. Perhaps he already knew.

Lee was a mentor and cheerleader to so many people, even to those who didn’t know him personally. It was enough to hear of him, to read about his thoughts on Poetry with a capital P, and you instantly felt you needed to be a better writer.

One such person is Robyn Campbell, a long-time member of the kidlit/poetry community and friend to Lee. In response to Amy LV’s invitation to write tribute poems inspired by and that use a line from one of Lee’s own poems, Robyn chose to model hers after Lee’s “Why Poetry?” (read here).

And Lee wanted to give back, always, to the whole world. Two of his pet projects were our NCTE Spotlight on Poets series and our most recent endeavor, The History of American Children’s Poetry.

For those following the history series, Lee and I had already completed two more episodes, which I will post in the near future. While I am sorry Lee and I were unable to finish the series, I am grateful that Sylvia Vardell has kindly agreed to help me bring the last two episodes to fruition. This series was a longtime dream of Lee’s and it was important to him to finish; I know he would be pleased that Sylvia is taking up those reins in his stead, to complete his gift. Lee was giving and kind.

My hope is that I — that we all — have learned something from all that Lee has left us and that we will carry it forward ourselves: to be mentors, to befriend and champion others, to share our knowledge, to spread poetry far and wide.

Lee played many roles on many stages, and made an exit as grand as all his entrances. I will not forget him.

I give the last word to you, Lee, with my thanks and affection. May flights of angels sing thee to thy rest. 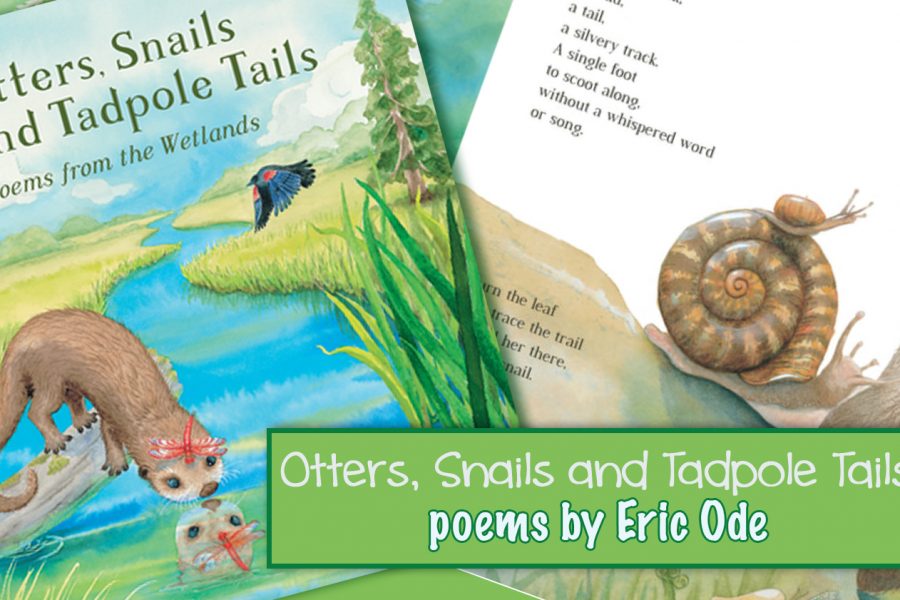 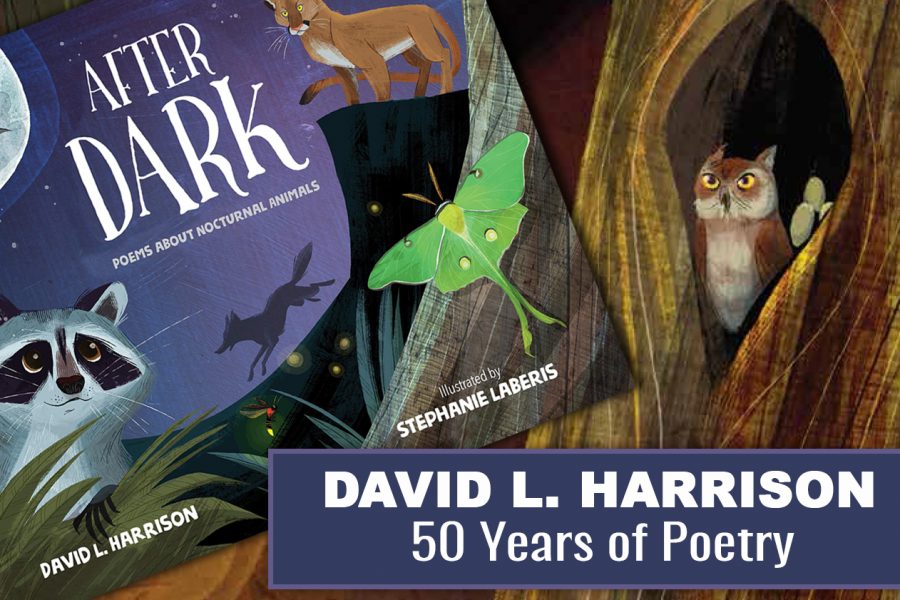