“A poem is merely a dance of breath that has

Welcome to the tenth episode of SPOTLIGHT ON NCTE POETS! The videos in this series with Lee Bennett Hopkins are brief and personal looks at all the recipients of the NCTE Award for Excellence in Poetry for Children.

This installment brings us to a woman who infused her poems with wit and wisdom. In 1994, Barbara Juster Esbensen became the tenth recipient of the NCTE award. Her twenty-one books, which included poetry collections, lyrical legends, and nonfiction, received critical acclaim right from the start.

Barbara often credited her tenth-grade teacher — who once told her “You’re a writer!” — for leading her into the world of poetry. I found this wonderful post written by Barbara’s husband Tory, himself an educator, in which he tells a bit more about this time in Barbara’s youth:

“The biggest influence in Barbara’s life of writing was her high school English teacher, Miss Eulalie Beffel, herself a published poet and journalist. In 1941, under the tutelage of Miss Beffel, Barbara read the poetry of Amy Lowell, Stephen Vincent Benet, and Sara Teasdale. The way these writers used words astonished her. Thomas Wolfe had her in a state of shock! From that point on, she was off and running with language.”
–Tory Esbensen

Barbara’s first book, Swing Around the Sun, was published in 1965 and introduced readers to her marvelous facility with imagery and lyrical language. Unfortunately, I was able to find only a few bits of Barbara’s writing to share, but what I did find just knocked my socks off with its effortlessness… …and its insightful imagery.

In 1996, Barbara’s collection Dance with Me — which Lee tells us was also her favorite book — won the Lee Bennett Hopkins Poetry Award. I love the exuberance of “Invitation to the Wind.” As Lee mentions in the video, Barbara was also a wonderful teacher, and her 1975 book A Celebration of Bees has helped countless teachers and parents help their students and children write creatively. The book was reissued in 1995, and I was thrilled to discover that the powers that be have made the book available for Kindle. I bought it immediately. Although written to help children, there is plenty in here to inspire poets of all ages.

Lee’s reflections on Barbara Juster Esbensen reveal a joyous soul who was passionate about words and language, and about sharing that passion with others.

During our interview, Lee shared several handwritten letters he’d received from Barbara over the years. They are just as full of humor and charm as her poetry. I will share part of one here — the one she wrote upon hearing she’d won the NCTE award. I also found two audio recordings of Barbara speaking at various events, which I highly recommend. She is so funny and joyful. You just know she was an amazing teacher. In Her Own Words: Barbara Juster Esbensen on

“The way words looked when placed next to each other was deeply important to me. When put together in fresh, unexpected ways, they could generate quiet explosions of delight for the reader. Whether it was poetry or prose, placing images in the minds of my readers became a central focus of everything I wrote. I wanted to find those word combinations that make sentences catch fire and shower down sparks!” –from the post by Tory Esbensen

Advice to Poets Young and Old

“You can’t just think. It doesn’t do any good just to think. You must see your words. I tell students the poem is in the pencil. The words are all in there, and as soon as you start letting a few of them out on the paper, you’re surprised; they are all holding hands, and they are all yanking each other along. –NCTE interview

“My favorite thing to tell children when I visit schools is that poets love to lie. But of course I quickly tell them how we lie. In the poem ‘Performance’ (Dance with Me), I use lines such as ‘the trees lock crooked arms’ and ‘a breeze remembers how to rhyme.’ Of course trees do not have arms to lock and a breeze cannot remember. But poets have to be poetic and we have to lie. Sometimes lying is just wonderful.” –via Lee Bennett Hopkins

“Too many school children are worried about being right, about not being wrong, and about not saying something stupid. They don’t want to be laughed at. If you have an accepting, adventurous atmosphere in a classroom, you may find some poets.” –NCTE interview

“I never take [Swing Around the Sun] with me when I’m talking to children, because I don’t want them to horse around with rhyme; it is too confining, and they get too tinky tanky.” –NCTE interview NEXT IN THE SERIES: ELOISE GREENFIELD

Amy has the roundup a The Poem Farm!

All poems © Barbara Juster Esbensen. All illustrations © by respective illustrators. All rights reserved. 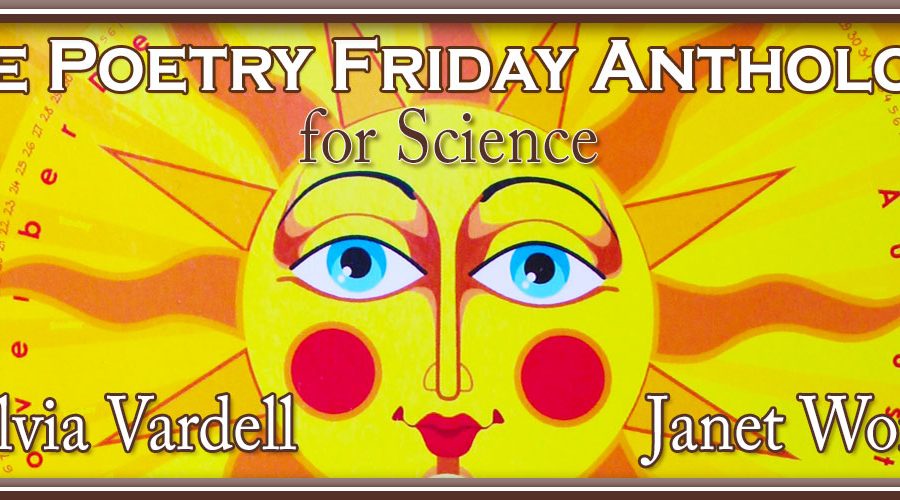 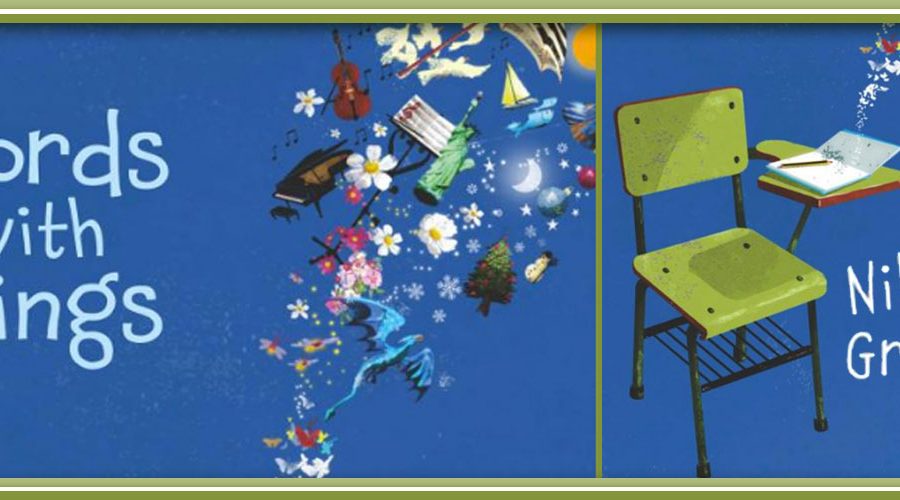