starts with hearing it.“

Welcome to the eighteenth episode of SPOTLIGHT ON NCTE POETS! The videos in this series with Lee Bennett Hopkins are brief and personal looks at all the recipients of the NCTE Award for Excellence in Poetry for Children.

This episode brings us to a diverse and prolific poet who has been wowing with words for over forty years. In 2015, Marilyn Singer became the eighteenth recipient of the NCTE award, an honor she says she’d often dreamed of during a long career that began in 1976.

As Marilyn writes on her website, she had been teaching English for a few years when one day she found herself sitting in the Brooklyn Botanic Garden…

“[S]he penned a story featuring talking insect characters she’d made up when she was eight. Encouraged by the responses she got, she wrote more stories, and in 1976, her first book, The Dog Who Insisted He Wasn’t, was published by E.P.Dutton & Co.

Since then, Marilyn has published over one hundred books for children and young adults. Her genres are many and varied, including realistic novels, fantasies, non-fiction, fairy tales, picture books, mysteries, and poetry. She likes writing many different kinds of books because it’s challenging and it keeps her from getting bored.”

Marilyn’s interest in varied genres eventually led her to poetry, and in 1989 — over a decade after her first book came out — Simon & Schuster published her first poetry collection, Turtle in July. (click graphics to enlarge and read): This first collection of exquisite verse about animals was an auspicious introduction to what would come, as Marilyn wrote book after book on a wide range of topics. As I looked into each of her books in order, I was so often struck by the ingenuity and invention not only of the poetry, but of the themes themselves that Marilyn comes up with! Like her second book, Nine O’Clock Lullaby, that takes us around the Earth to show us what’s happening at the same moment in different times zones.

In one of the quotes later in the post, Marilyn says that a good poem “captures a specific moment in a fresh way,” and her own poetry certainly lives up to this idea, from the bottomless bridges in “Fog” from Sky Words… …to the dragon winds in “Alberta, Canada” from On the Same Day in March. One thing I noted in Marilyn’s work is what seems to be a fascination with time as well as the diversity of the world and its people, and I love how she explores this fascination in several of her collections. This book, for example, is reminiscent of Nine O’Clock Lullaby in that it shows what might be happening in different parts of the world on the same day…

…and A Full Moon Is Rising is an international tour exploring moon science and how our shared moon is celebrated around the world. Marilyn is clearly also inspired by the natural world, and has given us collections on earth, water, and fire… …on the lives of animals on a single summer day, as told by the animals… …on weird and amazing animal habitats…

…and even on nature as its own plaything, as seen in her joyous celebration of outdoor play, A Stick Is an Excellent Thing. In fact, one of my favorite poems by Marilyn falls under the nature category. I first came across it in The National Geographic Book of Nature Poetry (ed. J. Patrick Lewis, 2012), and have ever since used it with my writing students as a masterful example on the use of diction, sound, repetition, rhythm, voice, and format. This poem has it all — I love these beavers! Given all these collections, one might think Marilyn specializes in more “serious” topics — but one would be incorrect. As Lee reveals in the video, Marilyn is full of spit and vinegar, and her great humor and inventiveness is on full display in collections such as Creature Carnival, The Boy Who Cried Alien, and Monster Museum…

…as well as The Superheroes Employment Agency, where we are introduced to such dubious heroes as Blunder Woman… …and the adorable Twosomes, featuring romantic couplets for the animal world. How could anyone resist that self-aware and respectful porcupine?

And once in a while, Marilyn also writes about people, as in her presidential collection Rutherford B., Who Was He?…

What’s a reverso? It’s a poem form in which the second half of the poem reverses the lines from the first half, changing only punctuation and capitalization, and saying something completely different from the first half. Marilyn wowed the crowds with her first two reverso books based on fairy tale characters, Mirror Mirror and Follow Follow…

…and again with Echo Echo, which are reversos all about Greek myths. I adore these books not only for the mind-bending poems, but also for the beautifully rich illustrations by Josée Masse. Seriously, check these out! I would be remiss if I didn’t mention Marilyn’s love of music, theater, and dance — passions that she has incorporated into two of her most recent books. In fact, Miss Muffet, or What Came After kind of blows my mind in terms of concept: here we have the true story of Miss Muffet and her spider friend, written as a musical theatre production complete with stage directions, songs, chorus, and choreography. Amazing! And then there’s Marilyn’s latest book, Feel the Beat: Dance Poems that Zing from Salsa to Swing, a foot-tapping collection no doubt inspired by the author’s own love of swing dancing. Luckily for us, Marilyn doesn’t rest on her laurels. As of today’s writing, Marilyn has five other books coming up, including poetry collections about new year celebrations around the world, the First Ladies, and milestones for little kids.

Lee’s reflections on Marilyn reveal a vibrant, life-loving, tenacious poet who clearly pours heart and soul into every captured moment she shares with us.

In Her Own Words: Marilyn Singer on

“A good poem, whether narrated by a character or by the poet her/himself, uses words wonderfully, and it uses them to capture specific moments in a fresh way, a way that makes the reader exclaim with delight, ‘Yes, that’s it! That’s right!’” (Interview on MackinVIACommunity blog)

“Poetry is a reflection of the imagination—a combination of seeing things in a new way, wondering about those things, and appreciating that wonder. It pairs beautifully with all studies. Poetry can make you think, and through its music, it can also aim straight for the soul.” (Interview on MackinVIACommunity blog)

“I always tell aspiring poets to read, read, read, and write, write, write. I also tell them to observe the world around them, using all of their senses, and to do so with wonder and humor. I advise them to listen to words and sentences and to pay attention to the kind of music they have.” (NCTE profile by Nancy L. Hadaway and Terrell A. Young)

“Teachers and parents can become more comfortable with poetry by reading it themselves and finding the poems that sing to them—and that includes a lot of works written for children. Then they can read these to their students and children and encourage the kids to read or recite them back. Parents and teachers can and should be playful with poetry.” (Interview on MackinVIACommunity blog)

Here is Marilyn’s charming reading of her poem “In the Hood” from Mirror Mirror. NEXT IN THE SERIES: MARILYN NELSON 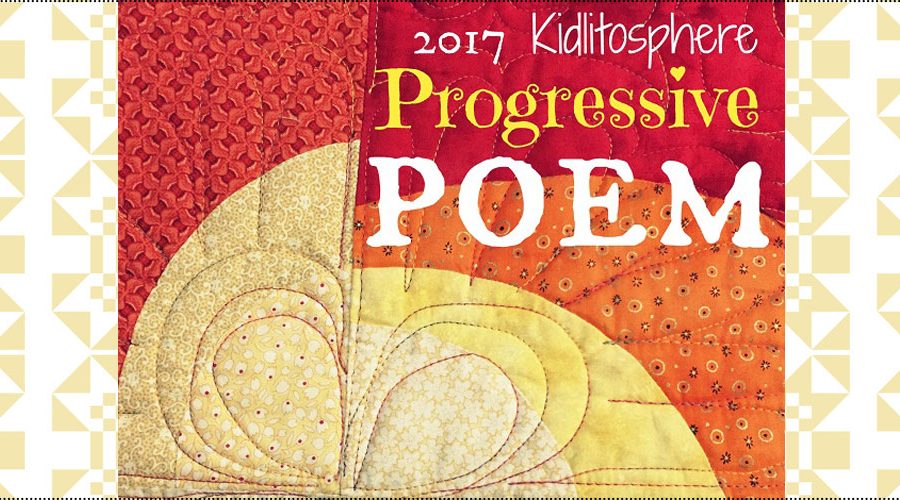 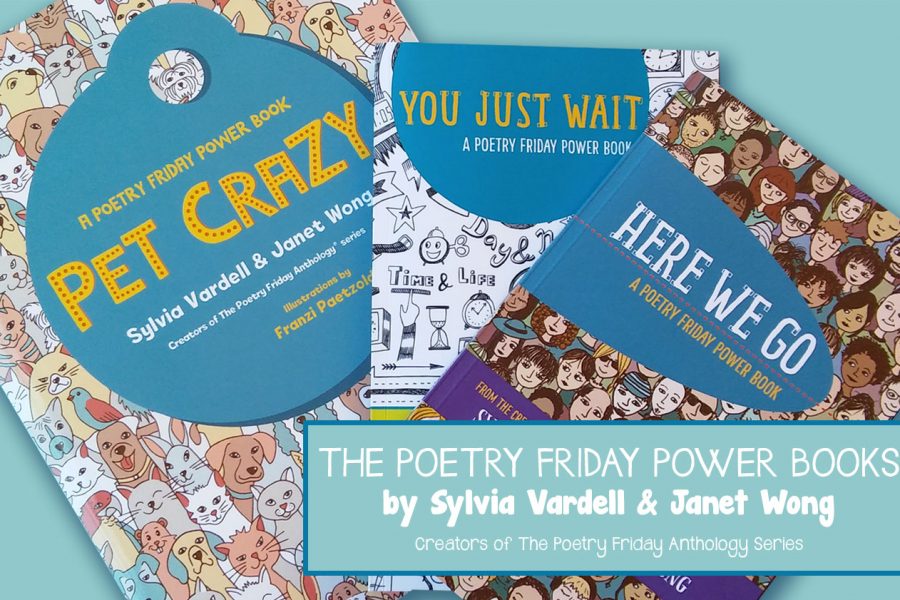 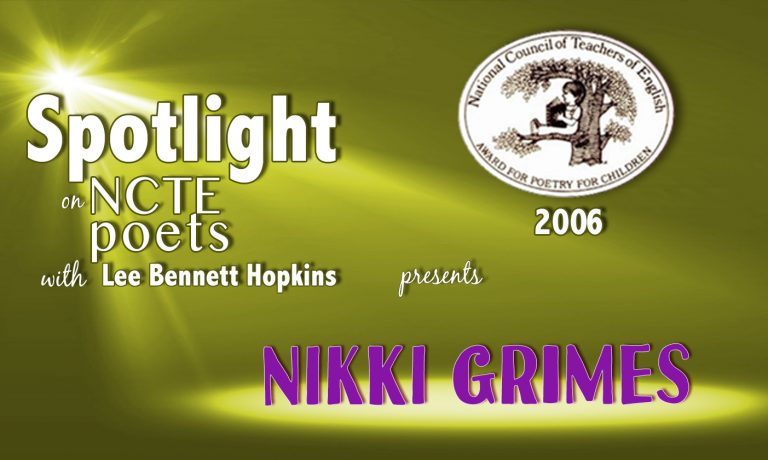